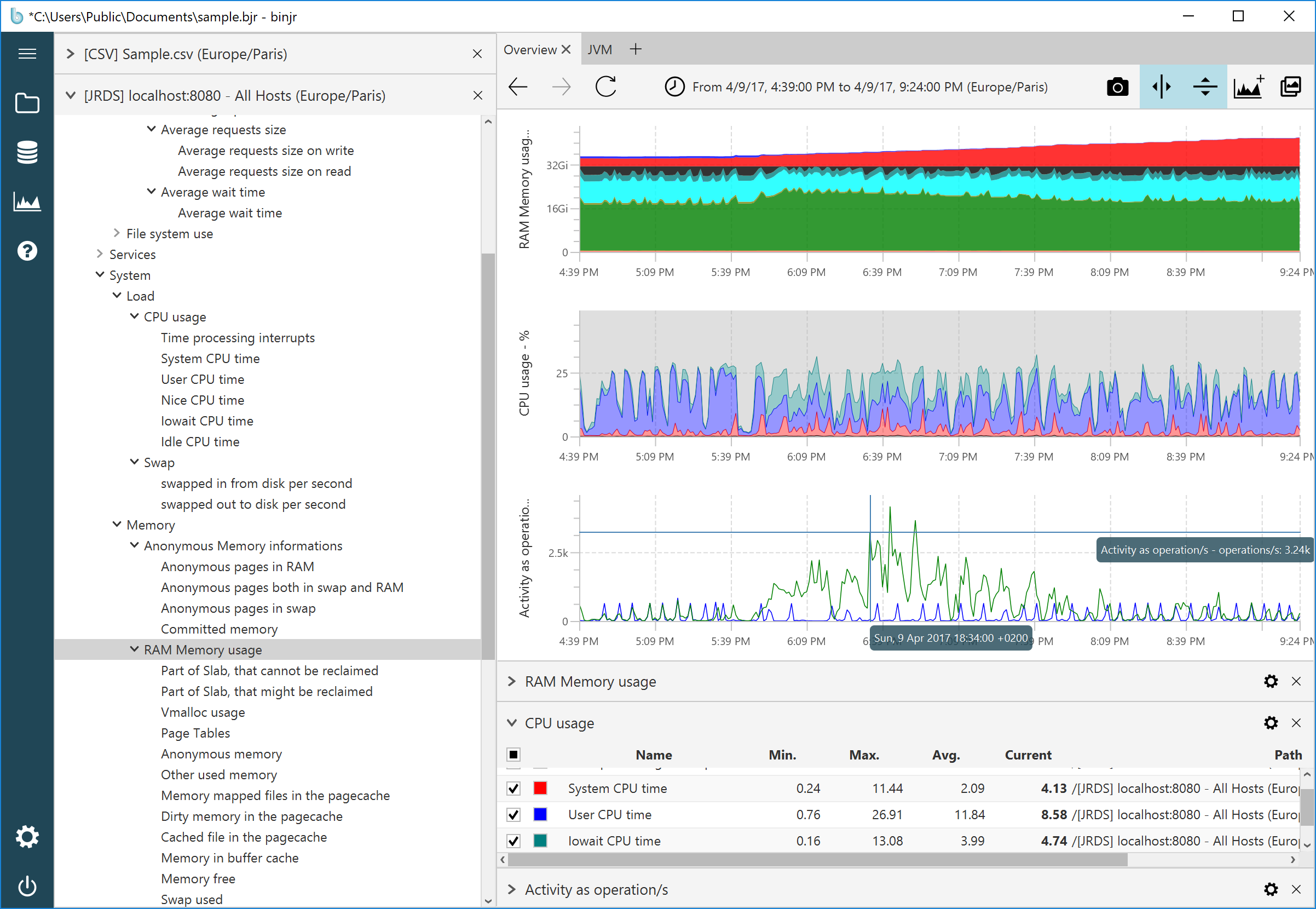 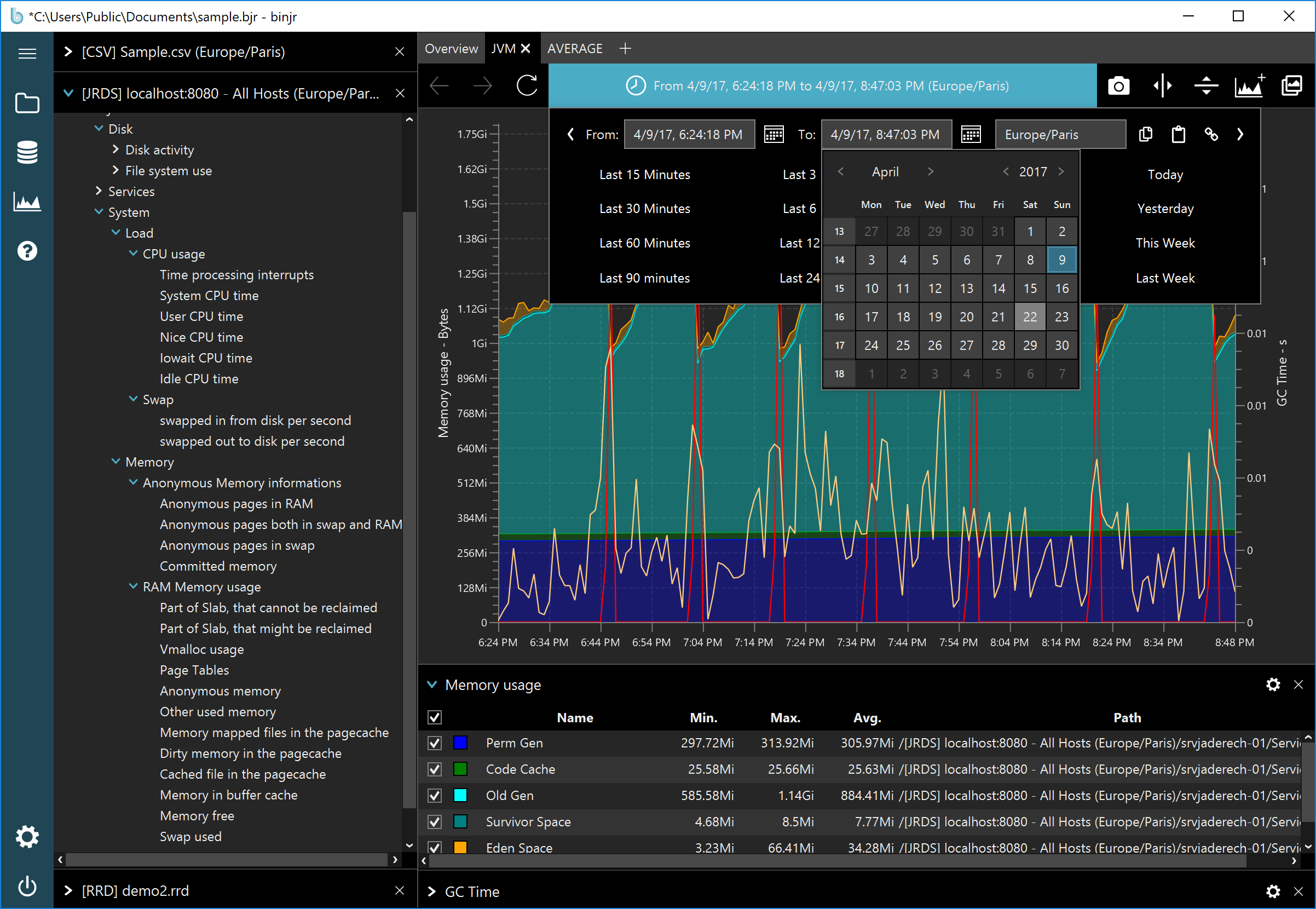 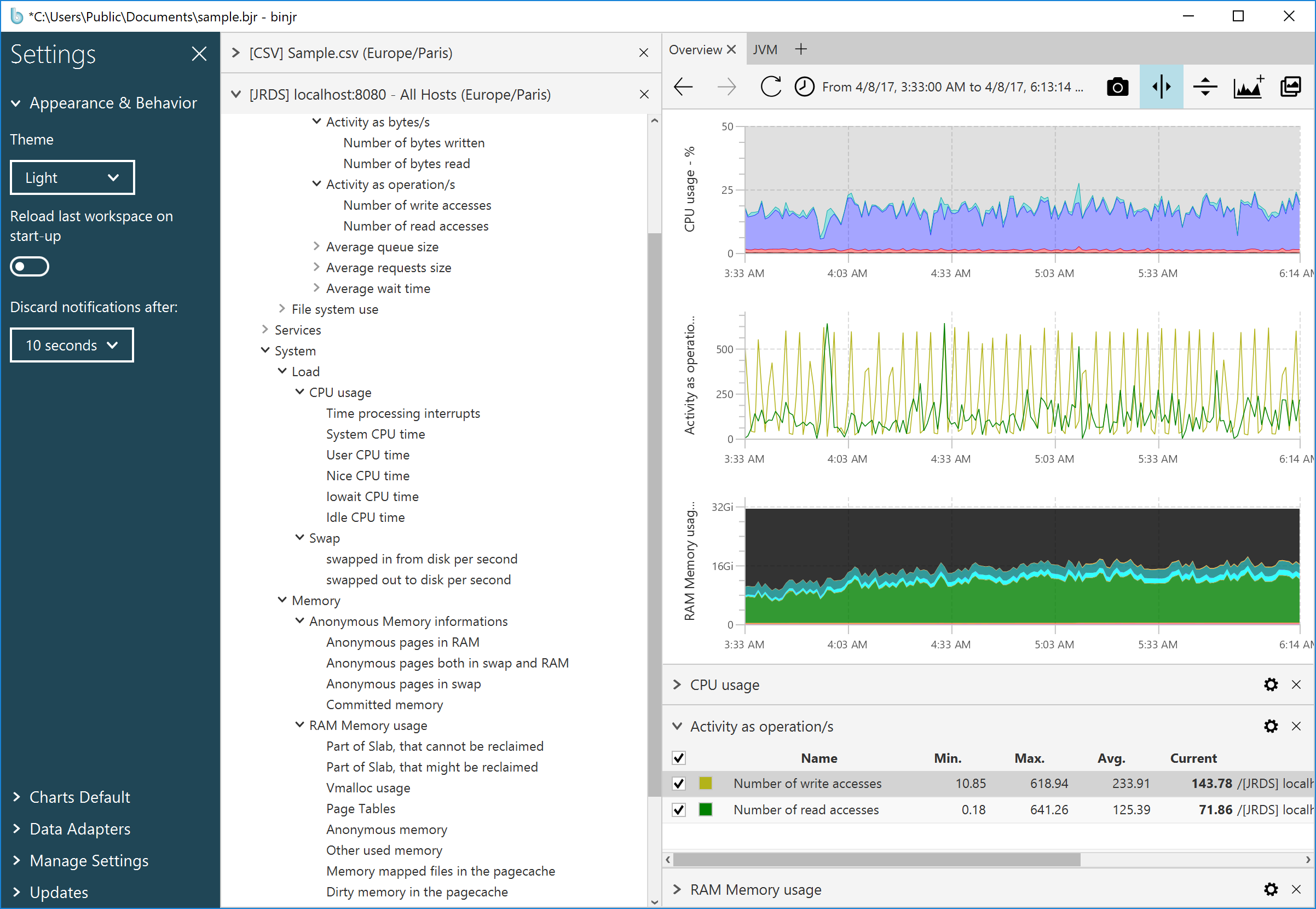 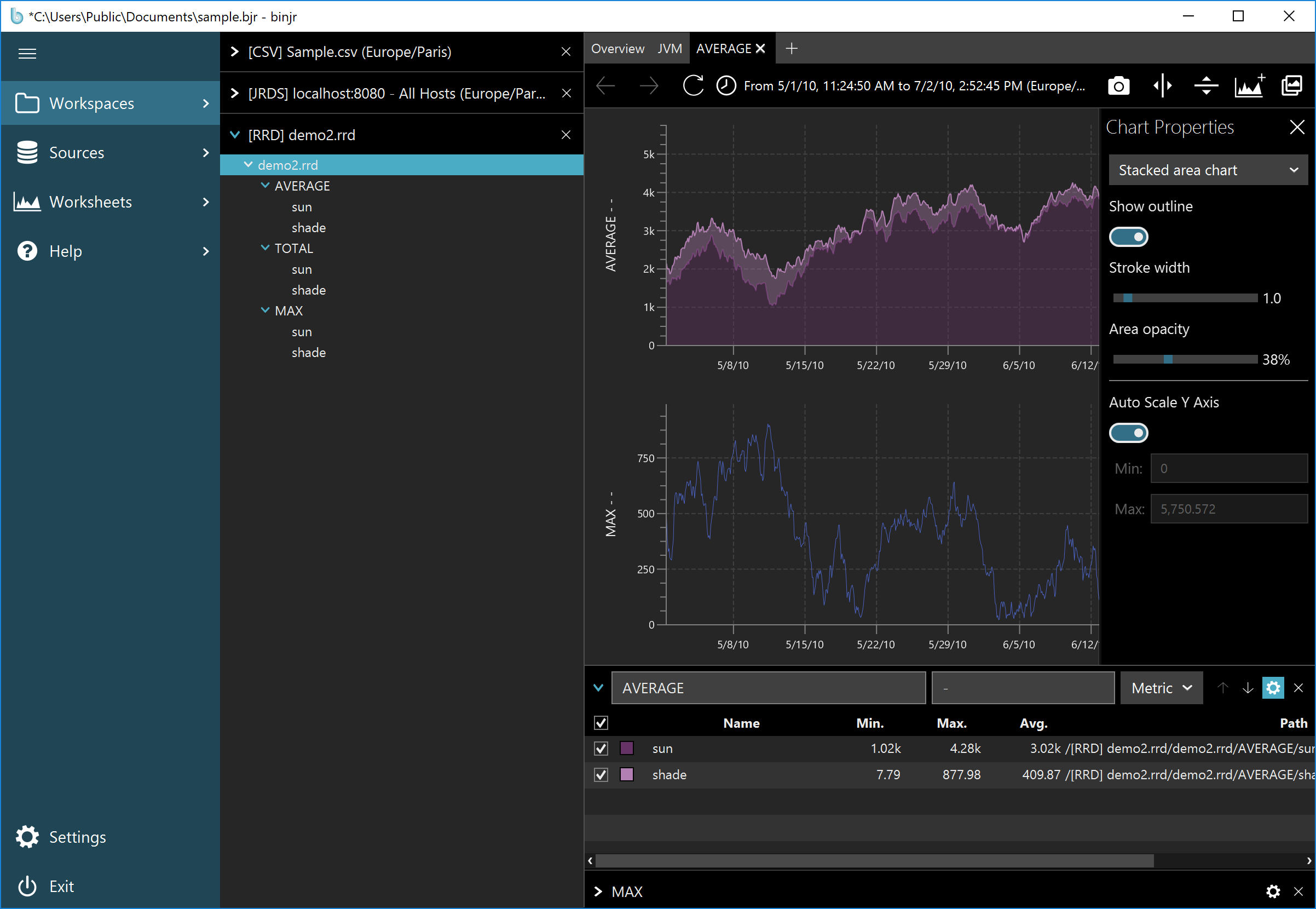 It is a standalone client application, that runs independently from the applications that produce the data; there are no application server or server side components dedicated to binjr that needs to be installed on the source.
Like a generic SQL browser only requires a driver to connect and retrieve data from a given DBMS, binjr only needs one specifically written piece of code - here called a data adapter - to enable the dialog with a specific source of time series data.

binjr was originally designed - and it still mostly used - to browse performance metrics collected from computers and software components, but it was built as a forensic analysis tool, to investigate performance issues or applications crashes, rather than as a typical monitoring application.

Because of that, the user experience is more reminiscent of using a profiling application than a dashboard-oriented monitoring platform; it revolves around enabling the user to compose a custom view by using any of the time-series exposed by the source, simply by dragging and dropping them on the view.
That view then constantly evolves, as the user adds or removes series, from different sources, while navigating through it by changing the time range, the type of chart visualization and smaller aspects such as the colour or transparency for each individual series.
The user can then save the current state of the session at any time to a file, in order to reopen it later or to share it with someone else.

…and what it isn’t

There are several ways to get up and running with binjr:

The simplest way to start using binjr is to download an application bundle from the release page.

These bundles contain all the dependencies required to run the app, including a copy of the Java runtime specially crafted to only include the required components and save disk space.
They are about 50 MB in size and there is one for each of the supported platform: Windows, Linux and macOS.

Simply download the one for your system, unpack it and run binjr to start!

You can also build or run the application from the source code using the included Gradle wrapper.
Simply clone the repo from Github and run:

Download and run the latest version from the command line.

Alternatively, if your environment is properly set up to run Java 11+ and Apache Maven, you can start binjr simply by running a single command line:

If you’d like to experience binjr’s visualization capabilities but do not have a compatible data source handy, you can use the demonstration data adapter.

It is a plugin which embeds a small, stand-alone data source that you can readily browse using binjr.

The documentation can be found here.

If you encounter an issue, or would like to suggest an enhancement or a new feature, you may do so here.

At the moment, sources that binjr can use are limited both in types and numbers, which is to be expected given that it is a fully community driven effort with a tiny number of contributors.

The great thing about it being an open source, community driven project, though, is that should you believe that there is is a use case where binjr could be a good fit but lacks supports for a specific time-series DB or some other feature, there are always ways to make it happen.

So, please, do not hesitate to suggest a new feature or source support request by opening a issue.

Source code contributions are also welcome; if you wish to make one, please fork this repository and submit a pull request with your changes.

binjr is released under the Apache License version 2.0.